Two months. That’s how long we had when we got this project before the Milwaukee Art Museum would reopen. Which meant if our campaign was to have any time in market prior to opening, we only had one month to concept and execute. AND, the general public wasn’t even aware the museum had been closed, so there was that.

The epiphany came about when discussing where the art had been stored during renovations—crates. And from there a full campaign was born. The campaign video (which I also produced) nicely sums up the scope of the project. 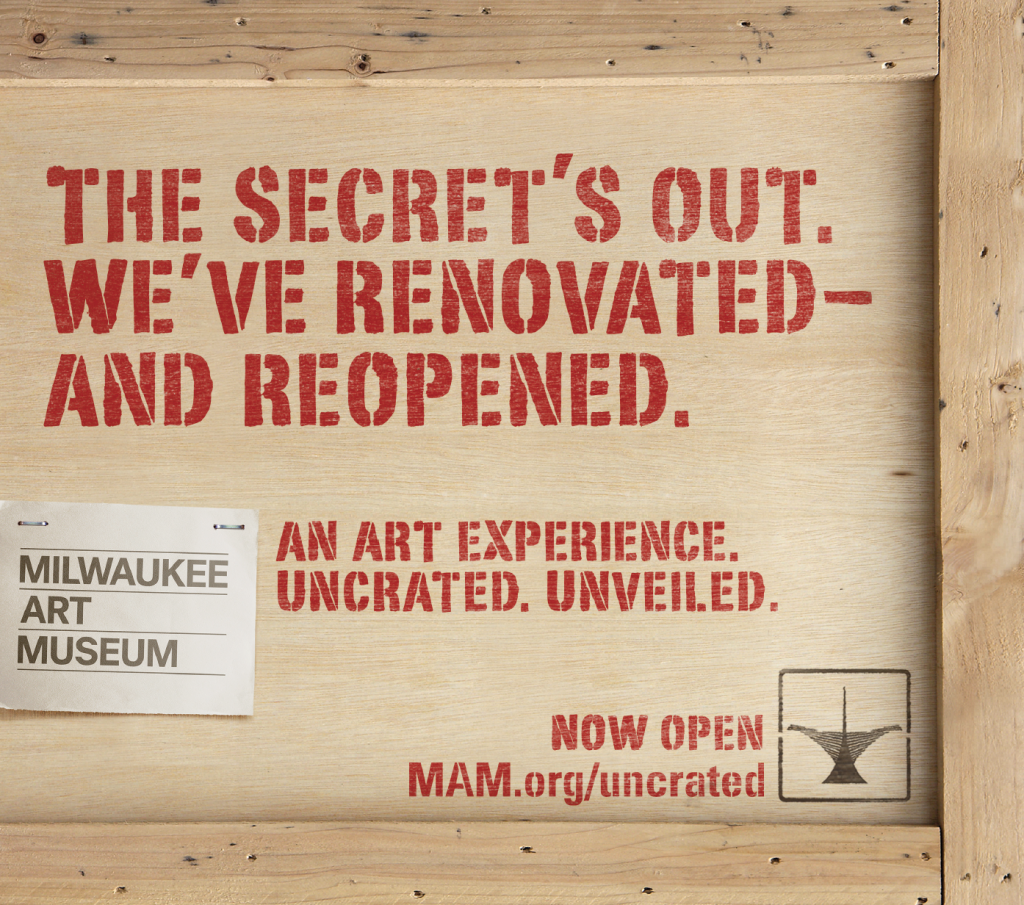 PreviousPrevious post: It Would Be Awkward
NextNext post:Things That Really Matter

I used to be a pirate god but now I work in advertising.

Yes, I’m a writer. Yes, I have opinions on the Oxford comma. But mostly, I just want to make awesome things happen. With words. With pictures. With ideas and collaboration.